The Moral of the Story

One day at the end of class, little Johnny’s teacher gives the
students homework: think of a story and then tell the moral of that
story.

The next day Johnny tells his story:

“My dad fought in the Vietnam War. His plane was shot down over enemy
territory. He jumped out before it crashed with only a case of beer, a
machine gun, and a machete. On the way down, he drank the case of beer.

“Unfortunately, he landed right in the middle of 100 Vietnamese
soldiers. He shot 70 with his machine gun. But he ran out of bullets, so
he pulled out his machete and killed 20 more. But the blade on his
machete broke, so he killed the last ten with his bare hands.”

The teacher, stunned with shock at the story, asks Johnny what could possibly be the moral to his story.

Johnny replies, “Don’t mess with my dad when he’s been drinking.”

Have humor delivered to your Kindle. 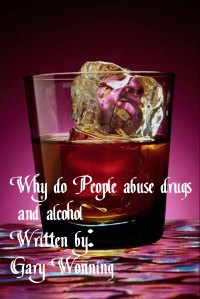 In today’s world, many resort to abusing drugs and alcohol, why are so many becoming addicted and not only destroying their lives but the lives of others around them as well?